Jaguar Land Rover, based in Solihull, has announced plans to invest £150 millions in doubling the size of its engine plant. This is expected to provide 700 new jobs on the Staffordshire/Wolverhampton border when the new plant opens at the i54 Business Park and brings the Company’s investment in the property to over £500 millions. 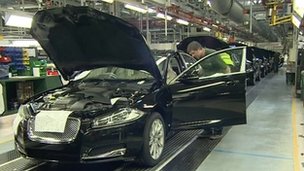 This investment can be seen as a manifestation of the Company’s success in recent times; having seen a 30% increase in global sales in 2012 and an 80% increase in sales to China.

On behalf of the Government, Business Secretary, Vince Cable, said it was “good news for British manufacturing”. Expect the rise of private number plates to go in line with the release of many more cars on the road also.