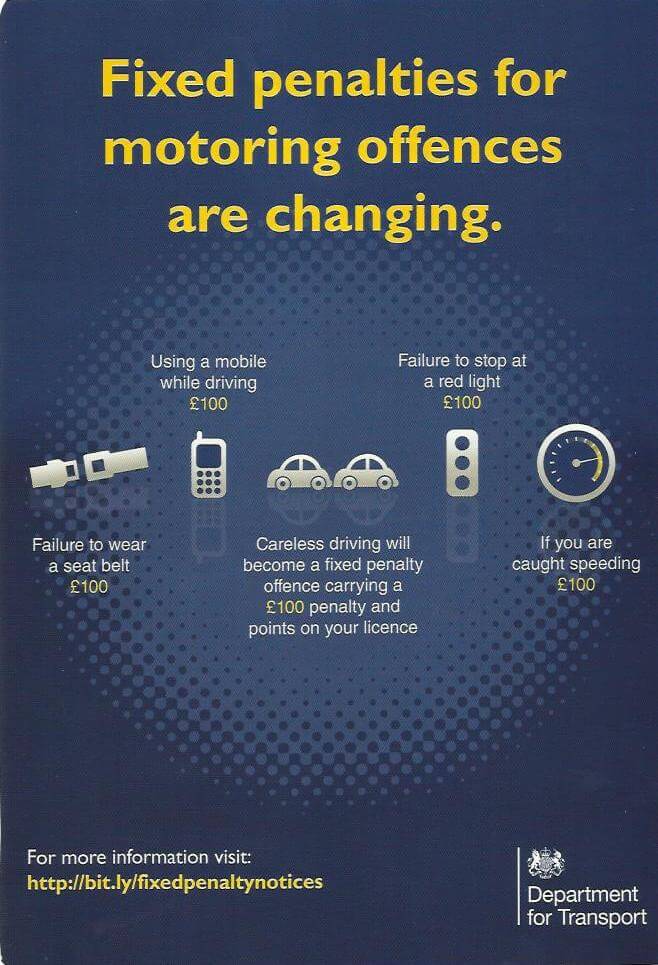 DVLA has undertaken a year-long consultation on the treatment of careless driving penalties and other motoring fixed penalties. The findings were published by The Department for Transport in June 2013.

Makes you wonder why they bothered to ask for anyone’s opinion if they were just going to plough on with it anyway! Clearly, the Department for Transport was just going through the motions of “consultation”.