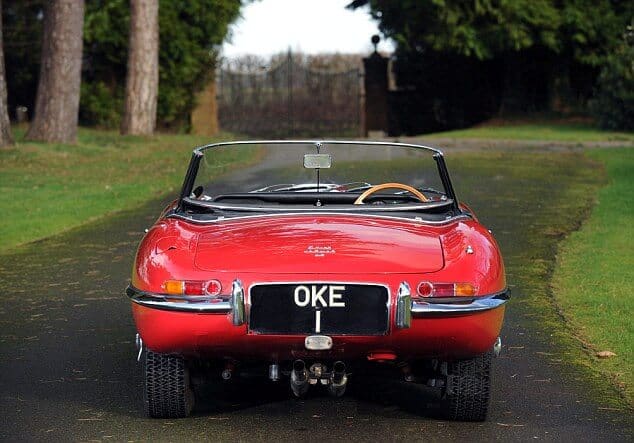 Sir Elton John’s stunning red Jaguar E-Type, is going to auction for £70,000.
Elton purchased the vehicle in 1987, the same year he released his chart buster song Candle in the Wind.
At the time, the car was described by Enzo Ferrari as ‘the most beautiful car in the world.’
The car was purchased in a charity auction by the current unnamed owner, who has only driven it 1.000 miles in the last ten years.
Sir Elton John had added a personal touch to the impressive E-Type by adding a personalised registration number. The personal registration is OKE 1, which the singer refers to as OK Elton.
Millions of fans would be thrilled to get their hands on the impressive car and make the most of its flashy look.