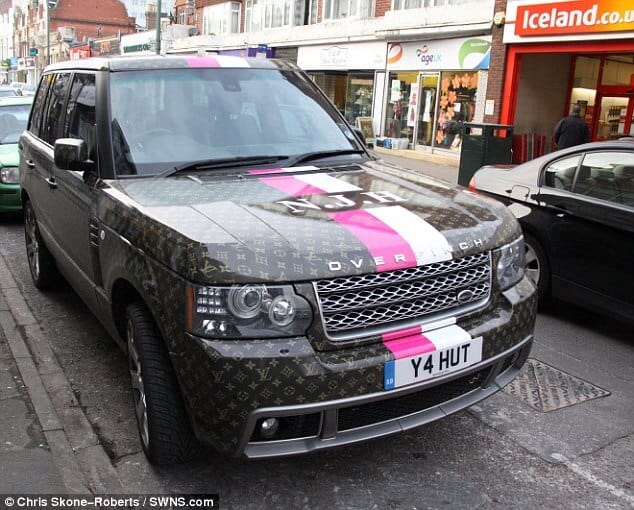 The saying “money can’t buy you taste” was never more true than in the case of this Range Rover covered in the Louis Vuitton logo!

The customised car was spotted in Bournemouth fully loaded with the famous French designer logo, a pink and white strip running along the centre of the car and the initials printed on the bonnet. The finishing touch was a personalised registration Y4 HUT.

The Louis Vuitton logo is a temporary wrap which is easily taken off and replaced with another design. ‘More money than sense’, some would say. At least the owner got one thing right; the private registration. Whilst everything else will devalue immediately, the car registration is the only thing likely to go up in value!